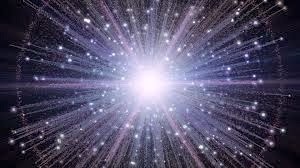 Last night, on Twitter, I read several tweets asking about a loud, booming noise.  It seems people in Kentucky, Ohio, Indiana and a few other states heard a tremendous boom that in some cases shook the ground.

People wanted to know what caused the ruckus.  Some tweeted they had also seen lights in the sky.  Finally, others were able to clarify what was going on.

Apparently, last night, several meteorites entered Earth’s atmosphere, exploding in the sky.  As the meteorites passed over head, they made loud sonic booms, which rattled houses, cars and yes, even shook the ground.  For those able to catch a glimpse, it provided a unique viewing spectacle.  For those who only felt the vibrations or heard the sounds, it left questions to be resolved.

When we hear strange noises or unusual occurrences, as human beings, we want answers.  In modern times, we take to social media to collectively figure it out.  In my childhood, it would be calling the local radio and TV stations to investigate.  As humans, we are naturally curious and simply don’t take “I don’t know” as a definitive answer.  Somebody knows, and we aim to find him or her to answer our questions.

Yet, when we talk about the Big Bang Theory, we get just that.  We ask the same question the people did last night:  What caused that bang?  The answer we get is stunning:  “I don’t know.”  Ask any scientist and you will get a variation of that answer. If God didn’t create the universe, then what caused the Big Bang?  It’s a good question no one can actually answer.

You see, as human beings, we would not accept that a bang just happened.  Someone knocked on a door or turned over a table or a meteorite entered our atmosphere.  Something had to cause the noise.  It didn’t just happen.

You see, if something is created, it must have a creator.  Without getting too deep into the science of it (though I encourage you to investigate if you’re interested), the conditions for life on Earth are so precise that even being off by fractions of millimeters would insure that no life would exist on the planet.  It’s hard to fathom all those conditions “randomly” happening.

Despite claims by prominent scientific writers that intelligent minds can’t believe in both God and science, it’s just not true.  Some truly innovative and learned scientists have a strong faith in Christ and a strong grasp on science.  Churches today are filled with doctors, dentists, nurses, engineers, veterinarians, science teachers, chemists, pharmacologists and many other professionals who have one foot firmly planted in science and the other on faith in Christ.  These are the people who ask the question “where did the universe come from” and know the answer to be Jesus.

Colossians 1:17 says Christ holds everything together.  He created the universe.  He holds it together.  He’s the answer to the question.

Even if some don’t care to admit that.