We at MinistryPlace.net are blessed to share a few special guest posts from David Nehring, PhD!

Here is a little about him:

David Nehring, PhD is a Clinical Psychologist at Bethesda Christian Counseling in Sioux Falls. He has been working in the mental health field both in Christian and in secular organizations for over 25 years, currently working in rural private practice. He has been married for 28 years and is the homeschooling father of five children.  You can find out more at www.bethesdachristiancounseling.org. 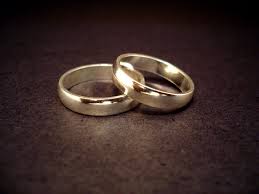 I sit across a room from a couple, a couple who are desperately trying to connect with one another. Most of their attempts to love one another are having the opposite effect. At home when she is upset he tries to nurture her by acting responsive, placating her desires as he understands them. She is dissatisfied with the children’s play toys – he gets more. She wants him to spend time with her watching some TV show – he sits with her, unmoving. She wants him to give an opinion of some clothing – he freezes. These are not things he cares greatly about and they are obstacles to his trying to earn an income and pay down debt, but he does these things to make her feel better. She’s not better.

She is deeply hurting. In the past, in a moment of his carelessness, he has deeply wounded her.  How is not relevant, but she has been hurt and it does not occur to him to connect what is going on with what he has done. What she is really looking for now is evidence of affection, evidence of his cherishing her, showing that he does in fact love her. She believes she will see this affection in how he goes about doing these things. He, on the other hand, believes that he communicated this affection by the fact that he responded to her needs. But because he feels pulled in two different directions, responding to her needs versus working to finance those needs, both of which, for him, communicate love, he experiences frustration and that is what is actually communicated while in the act of responding to her needs.

But in her mind the manner in which he responds proves to her that he does not in fact care for her at all and that his demeanor is meant to punish her even if he fulfills her requests. Moreover, his frustration and exasperation intimidate her. She understands his demeanor as punishment, so she becomes provocative to demonstrate to him that she is not intimidated by him. In response to this he responds with further frustration, and cowed, he retreats, thereby demonstrating to her that she was right to oppose him and that he really does not care.

So I translate for them both. I interpret for him what she is doing while he sits there shocked and confused, mind struggling to bend around the mental corners around which I am leading him. Meanwhile she looks up, down, sideways, giggling nervously and growing red. Just to be clear I ask her if I understand her and she nods her head vigorously, relieved, an understanding that is the exact opposite of what he had understood. I then interpret for her what he is doing and she looks skeptical, and yet when I check with him he also appears relieved.

I can do this here because I am well rested, concentrating and am fluent in “man” and strongly conversant in “woman.” I have studied these dialects because I understand we are dealing with two fundamentally different kinds of people.

Your great grandfathers ministered in a world that clearly understood that boys and girls were fundamentally different – and that this was a very good thing.  You are now ministering in a world where people soak their brains on an entertainment industry. This entertainment industry exploits basic gender differences to rake in obscene profits. It does this while loudly denying that those legitimate differences exist. Understand this: the entertainment industry is in fact a kind of education industry.  People you minister to invest huge amounts of time in an industry that is teaching them principles that are the opposite of reality and the teachings of a living God; in this case regarding gender and relationships.

You cannot deal with this massive educational program on your own – God never intended you to do this by yourself. We have got to be speaking truth to our fellowships and each other while the rest of society continues to drift further into confusion.