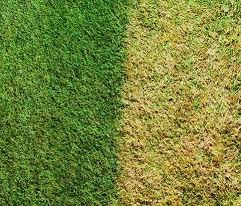 A youth ministry friend of mine once gave me great advice:  the next church’s grass isn’t always greener.

He spoke from experience.  Having been in youth ministry for several years in a bi-vocational status, he finally landed a full-time position.  He loved the idea of working just one job, but soon expectations began to mount.  As a part-time guy, the church had nothing but rave reviews of his job.   They understood his time constraints and limitations.  As a full-time guy, it was a different story.

The new church expected him to perform miracles.  He worked at a church in a very affluent community.  However, with his youth ministry salary, he was far from affluent himself.  He couldn’t even afford to live in the same community as the church he was serving.  The homes were simply beyond his means.  While his students had the latest and greatest technology, gadgets, cars, houses and clothes, he had to make due with a lot less.  Gaps began to emerge.  He had trouble identifying with students because they quite literally lived in a different world than he had ever lived.

He stayed on for a year and half, then moved on to another full-time opportunity two states away.  That didn’t fair much better.  He began an aggressive evangelism program, targeting students not currently in church.  The church, however, wanted a different kind of student.  Within a year, and without warning, he was asked to leave.  He did.

Having struggled in full-time ministry (and knowing my desire to make the jump from bi-vocational ministry), he shared with me his advice.  The next church isn’t as great as it appears.

So many times in ministry, we get lured by the belief that our church is different and that another church won’t have our church’s problems.  We look around and see bigger opportunities, higher salaries, larger youth programs and improved facilities.  All the while, we neglect to see the growing opportunities in the communities and churches we serve.

I’m not saying you should never leave.  There are times when God is clearly calling you elsewhere and you need to heed that call.  Just the same, we shouldn’t leave for the sake of leaving.  The church with greener grass probably has a weed or two we didn’t see.  They probably have a high water and fertilizing bill.  They expect that grass to stay green, even in a drought-filled summer.

It’s important to take stock of what we have and appreciate the place God has placed us.  And when God does move us elsewhere, we need to recognize the grass isn’t always greener.  Sometimes, it even has tougher soil to use.