In an earlier post, I talked about the Theory and Hardware of the project. Today is the software. As with all of this 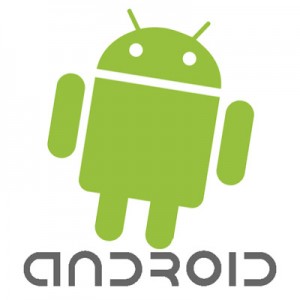 project, your mileage may vary, you may have different needs, based on your group and your facility.

We did choose base hardware of Zenithink ZT-180 based Android tablets. They look sorta like an iPad, but thats where the similarities end. They are not as fast, not as polished, do not have a capacitive screen, but they only cost between half and one-third the cost of an iPad.

Since we are using an android tablet, we will be utilizing web and android based solutions. We are testing with the 1030 version of the ZT-180 firmware, which is based on Android 2.1. You do have limited access to the Android Marketplace. There are also many other methods of legally obtaining the software referenced in this part of the series.

Bear in mind that this is a completely different load than I would use if I were using an Android Tablet for personal/business use….Remember – Classroom…

Software on our Test Load:

1. OfficeSuite – This came as a pre-load on the firmware. If you are going to purchase a license for a tablet other than a ZT-180, it’s not a bad choice. It seems to be a good, simple way to handle documents. However, the PDF function of Documents to Go works, and OfficeSuite’s crashes on our ZT-180.

2. YouVersion Bible App – I know this is kind of a given, but the inclusion of offline/downloaded Texts makes it a all in one solution.

3. Adobe Reader – This is not really needed (and may not be supported on some firmware loads) if you go the Documents to Go route. It is a good free PDF reader for Android

4. NoLock – because unlocking the screen after a 1 minute timeout is really annoying.

5. Autokiller –It does a reasonable job helping Android handle its memory.

6. CCplayer – the only video player I found with on-screen volume controls (trust me, this is a big deal on a ZT-180 with no external volume buttons) and it handles most formats well.

7.DropBox/Sugarsync – This is an either/or choice. Both have Android Apps. Both give you at least2GB of online storage (Dropbox 2, Sugar 5). Either are  useful to get files to the tablet from a PC or Server in a hurry.

8. Evernote – I’m still playing with the possibilities of this one…  I like the idea of being able to set up “notebooks” to use for particular studies.

9. GDocs/ThinkOffice Lite – Either of these give you access to Google Documents.