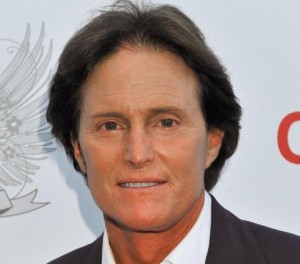 We toss the word hero around quite a lot in our society today.

Sports stars are labeled heroes. Actors portray heroes.  Hollywood blockbusters feature superheroes. On patriotic holidays we speak of the heroic acts of soldiers. When a daring rescue happens, we proclaim first responders as heroes.  As someone battles cancer, we call it a heroic effort. Every once in a while, our pride beams when our sons and daughters call us heroes.

Recently, that monicker got put on Bruce Jenner, the former Olympic athlete and reality TV star who had a sex change operation to become a woman.  The media were quick to laud him as a hero for making this decision and being true to himself.

If I may, let me interject.  Bruce Jenner is not a hero.

Heroes do things that take real courage, risk their lives, fight against the odds and do something that benefits others, if not a host of others.  They stay and fight when others run or rush in when others flee.  They commit to what’s best, even if it makes them unhappy or in peril.

Bruce Jenner is no hero.

Jenner, who was married, walked away from his wife to become a woman.  If he had left his wife to have an affair with another woman, we would berate him.  We’d call him names like “cheater,” “two-timer,” “jerk,” or “snake.”  If Jenner was a woman who left her husband for another man, we’d have even harsher names, like “slut,” “whore,” or “home-wrecker.”

Instead, ESPN and others praised Jenner, who walked away from his marriage, as a hero for embracing his true self.  Am I the only one who doesn’t see the flaw in this logic?

The guy left his wife to become a woman. If he left his wife to have an affair with another woman, we’d vilify him. Yet, Jenner leaves his wife to change his sex and he’s celebrated. I hate the message it sends that marriages are disposable and happiness is more important than commitment. And that’s aside from the faith perspectives I have on this.

A marriage is a commitment between a man and a woman to stay together through thick and thin.  That no matter what, you will commit to staying with that person.  It’s a commitment Jenner obviously saw as secondary to his happiness.

Promises are not to be easily discarded.  Commitments should not be tossed away.   Marriage is more than happiness or love.  Anyone who walks away from a marriage to be happy is not to be celebrated.  I don’t care about the transgender application to this argument.

Jenner made a commitment – a promise – to be married.  He chose to walk out on that for selfish reasons.  That is not heroic.  It is sad and probably an indictment on our culture’s view of marriage.

Bruce Jenner is no hero.

He’s just another example of flawed humanity and a defective culture who puts no value on marital commitment.  Let’s not celebrate him.  Let’s mourn his marriage, and all marriages that are considered disposable.