I love football! I really do. When I was in high school I hated football. I was in the marching band and to me the football game was just the pre and post show to the bands half time performance. I viewed it as a bunch of dumb jocks pounding away on each other. As I’ve gotten older though I’ve come to appreciate how tactical football is. How you run certain plays in certain situations and expect certain results. How a time out called in a critical spot can affect the outcome of a game. I love it.

Upon marrying my wife I was informed politely that I would now be a Cincinnati Bengal fan. My wife is originally from Cincy and she loves her Bengals! I would have to say that the Bengals are my team. I am a fan of football in general though. My wife won’t watch any other team, but on a Sunday you will find me watching whatever football game is on. One team that impresses me is the Green Bay Packers. I was thinking about youth ministry and something popped into my head that was really interesting, volunteers and how football applies to them.
Let’s take a look at two highly different teams that I know the basics about. First off, the Packers. Green Bay was established in 1919 the Packers are the third oldest team in the NFL. Originally founded by Earl “Curly” Lambeau and George Whitney Calhoun, the Packers are America’s last small town football team. The city of Green Bay only has a population of 104,057, where most pro football teams are located in cities with millions of population. The Packers were named after original sponsor the “Indian Packing Company” which was later bought out by the “Acme Packing Company”.
One thing that sticks out about The Packers and applies to Volunteers is that they are a community owned team. This is unheard of in pro sports and actually will never happen again in the NFL as there is a policy in place to prevent this. The Packers, however, are grandfathered in. Best thing about this? The community has a say in the future of the team. The team is prevent from moving because of a agreement saying they would have to contribute large amounts of money to the Packers Community Fund.
The community has a say in the future of the team. How about youth ministry? If you have a team of volunteers surrounding your youth ministry it is about the church community in general having a say in the ownership of the youth ministry. A healthy youth ministry is not about a magnetic front man but is more about how the church is invested in it’s youth ministry. If your youth ministry is supported by the volunteer community then when you step down the youth ministry will continue on. I recently spoke to a senior pastor whose youth minister stepped down in July. One thing that impressed me was when I asked about the health of the youth ministry, it was maintaining. Why is maintaining good? His church has a healthy core of volunteers who stepped up in the absence of a youth minister and took the wheel of the youth ministry, steering it in the right direction.
How about my Bengals? 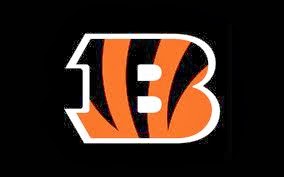 I love my Bengals but there is one problem surrounding the team. The Bengals were founded in 1966. Founded by former Browns head coach Paul Brown, who was also the head coach from 1966-1975. The Bengals, named after the bengal tigers located in the Cincinnati Zoo, play at Paul Brown Stadium located near the Ohio River in Downtown Cincy. In 2011, after his fathers death, Mike Brown inherited majority ownership of the team. While the Bengals have certainly turned their franchise around in recent years, Mike Brown is still considered one of the worse owners in the NFL.
The Bengals problem, it has always been about one family and what they want in the team. There is really only one voice that matters concerning the future of the team. Anyone not on board with Browns plans, are usually unemployed. Youth ministry connection? When one magnetic person is the only voice in a youth ministry, that youth ministry is all about him/her. When that person leaves the youth ministry is typically left high and dry.
Volunteers are an essential aspect of youth ministry and one that can only improve the health of the ministry. Youth ministers must identify and recruit the best possible volunteers to serve in the ministry. Like a pro football coach, the minister must identify volunteers whose strengths compliment the youth ministers weaknesses so that they can compliment the ministry. You don’t want a team off quarterbacks but you also don’t want a team of all offensive line, neither team would succeed. Until next time, Just Keep Swimming.