First things first. Whether you agree with Steven Furtick/Elevation Church or not, pray for them. They are our brothers and sisters in Christ. That said, now lets move on.

Its been an “interesting” several months at Elevation Church and for Steven Furtick. I cannot imagine the impact of the various news stories (locally and nationally) transforming into Blog fodder all over the Internet.  Couple that with the common pressures and stress that Pastors face, those associated with leading a large church, and add in the speaking/writing/etc and it is a lot for any family (remember, he has a wife and kids as well). I have never been in his shoes. I cannot pretend to understand beyond what I shared above.

One thing not to miss in all of this…

I get that Pastor Steven and Elevation do things differently than most Churches that come to mind. It is up to Elevation as a congregation to decide how to best reach the community where they reside with the unchanging message of the Gospel in a way that fits their context. If you tried to do even small portions of what Elevation does in the small Rural church where I serve, it might not end well.

About those Altar Calls…

This is not a beef with Pastor Furtick, Elevation or anyone else, but more a word of caution. In 14 Years of ministry to students, I occasionally get to speak at events, and bring the Word during morning worship. The most difficult part of a message for me is often formulating how to invite those in the congregation to take care of whatever God is telling them they need to deal with. I try to provide a clear opportunity for those without Christ to encounter Him then and there. I also welcome believers do come and deal with whatever God has placed on their heart. I take great care to make it where it can never be said that it was a time of emotional manipulation. I try to keep it brief, but allow for it to be as long as needed as the Holy Spirit prods.

Growing up through the 1980’s in the Midwest, I saw my share of lengthy altar calls, complete with the “every head bowed, every eye closed, no one looking around” and “lets do one more verse”, and pointing out hands that may (or may not) have been really raised. Whether or not you agree with his theology then or now, Rob Bell tells a similar story in the Epilogue to “Velvet Elvis” similar to what I lived through for many years. 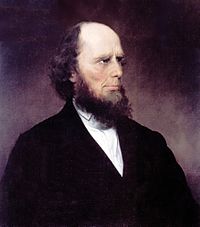 I have lived with the reality of an Invitation, Altar Call, Response Time, or whatever you want to call it, for many years. Then I started looking into where it originated. Bunyan? Nope. Whitfield? No. Wesley? Neither of them? What about Spurgeon? Not him either. The idea came from a guy named Charles Finney, who coined the term “Anxious Bench”. You can find out a little more about some of his other methods and theology here…

I can tell you that in a very short time altar calls can get entirely out of hand and go someplace your church never thought they would. I challenge you to ask yourself this question – Is the altar call the only time/ministry we see people come to Christ in our church? Then ask why? This guy did, and re-framed evangelism in the life of his church.

So as you see all the various posts on Facebook and on YouTube, remember that we don’t see all the story and we should pray for Pastor Steven and Elevation. I encourage you to follow the directive of Paul in 1 Corinthians 15:1-11:

3 For I delivered to you as of first importance what I also received: that Christ died for our sins in accordance with the Scriptures, 4 that he was buried, that he was raised on the third day in accordance with the Scriptures, 5 and that he appeared to Cephas, then to the twelve. 6 Then he appeared to more than five hundred brothers at one time, most of whom are still alive, though some have fallen asleep. 7 Then he appeared to James, then to all the apostles. 8 Last of all, as to one untimely born, he appeared also to me. 9 For I am the least of the apostles, unworthy to be called an apostle, because I persecuted the church of God. 10 But by the grace of God I am what I am, and his grace toward me was not in vain. On the contrary, I worked harder than any of them, though it was not I, but the grace of God that is with me. 11 Whether then it was I or they, so we preach and so you believed.