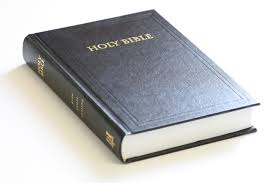 Apparently, Rob Bell is back to some old tricks.

Bell, the former pastor of Mars Hill Bible Church and now a host of a show on Oprah’s television network, recently appeared on a show hosted by Oprah Winfrey herself.

In his appearance to promote his new book on love, Bell, a proponent of same-sex marriage, was asked when the church would accept homosexuality.

His response: “We’re moments away,” Rob Bell said. “I think culture is already there and the church will continue to be even more irrelevant when it quotes letters from 2,000 years ago as their best defense, when you have in front of you flesh-and-blood people who are your brothers and sisters and aunts and uncles and co-workers and neighbors and they love each other and just want to go through life with someone.”

Now, this is not a blog on homosexuality or gay marriage – at least not directly. You see, what troubles me most is Bell’s comments that churches should abandon scripture (2,000-year-old letters) in favor of the flowing tide of culture. You see, what Bell says, and apparently believes, is that Scripture is outdated, out of line and just plain useless.

In his view, quoting scripture makes us “irrelevant.”

There, I said it.

Too often in our society today, we’re allowing culture to define our beliefs about God. We allow legislation, court decisions, popular opinions and polls define what we should and should not believe. Acceptance becomes the currency of our morals and beliefs.

But that’s not what God intended. He gave us His Word to reveal himself to us. It is filled with his intimate thoughts about life, sin, humanity, sexuality and all things in between. Our faith is based on the words he revealed to us.

Scripture is the basis for all our faith and beliefs in Christianity. Without them, well, we wouldn’t be Christian. We simply would have no foundation for the beliefs we hold.

As we teach and preach and counsel, we must do so from the basis of God’s revealed word. Anything we teach in contradiction to the Bible is not sound teaching or advice. It’s not Godly advice, but simply worldly advice.

James has some words to say about that: “Such “wisdom” does not come down from heaven but is earthly, unspiritual, of the devil.” – James 3:15.

Sounds pretty solid to me, even if it was penned over 2,000 year ago.