Every so often, there is a story that comes across the news that seems “just a little too good to be true”. 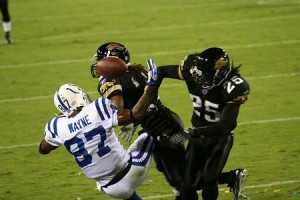 Friday was one of those days. Early in the morning, a story started circulating in the Indianapolis news outlets regarding Reggie Wayne leaving the Indianapolis Colts. My first reaction was, “no way, they would bend over backwards to resign him…”. Then the press release came out from The Jim Irsay, GM Ryan Grigson,  and Coach Chuck Pagano. It was true. Reggie is done with the Colts. No press conference, just some on-paper statements from the team. It seemed shocking and strange, given how the Colts dealt with Peyton Manning a couple years ago.

Then a new story came out. Reggie wanted to sign for one more year. There is the other half of the story. I wasn’t there, but there seems to be a lot of indication of some breakdown in communication along the way.

1) Churches – Own up to the fact that forced resignation is the same as firing someone. Backroom meetings where the staff member is “given a choice”, but really has no choice is a black eye on the Bride of Christ. If you want to fire the person, at least own up to it before the congregation, and be truthful.

2) Leadership teams – In very few situations, should there immediate firing of staff members. I understand there are situations of moral failures, breached trusts that may even be criminal in nature. But aside from those scenarios, the best thing you can do for a staff member is to evaluate often, work with them on improvement, and help build them to what is expected of them. Give them milestones/benchmarks along the way, so that an open line of communication is there through the process. If the staff member chooses another path at some point in this process, it is a discussion that can be had.

3) Staff Members –  Getting let go stinks. it can happen to even the best an most committed staff member. It does not define you. A church does not define your calling, God does. Heal up and carry on with His work. In that order. The Kingdom of Christ needs you.

We are Better Together.

Related articles across the web