The LG Quantum is a Windows Phone 7 smartphone from AT&T. Based on build and features, you could make a case for the Quantum as the “flagship” for the platform on 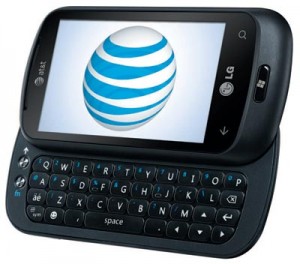 AT&T. My overall impressions 24 hours in are that this is a smartphone that has a lot of potential, that the OS doesn’t yet capitalize on.

The Processor is one that is very widely used. Here are some of the phones that use the same Qualcomm Snapdragon Processor:

– The hardware specs are very impressive.

–  Build quality (it does not feel like a lightweight feature phone)

– The screen is very good. Not Wow! ,but very good.

– The Camera is very good with flash, with a dedicated camera button!!

– App support not quite there yet

– No Multi-tasking (however, not as big a deal as you would think)

This could be a good “non-technical Senior Pastor” smartphone. It just gets the job done. It’s not flashy, but it is dependable. Not a big learning curve coming from non-smartphones (especially if you had a good feature-phone before).