A few weeks ago, I preached a message on 1 Kings 12. This passage covers the breaking of 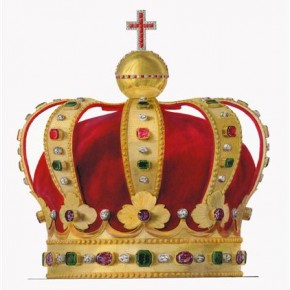 Israel into the Northern and southern Kingdom, following the death of King Solomon. In the message, I posed the question, “Which kingdom are you in?”.

The North had much more in material resources, population, and armed forces than the Southern Kingdom. However, the leadership of the North was very evil for the reign of all 19 kings up until they were sacked by the Assyrians.

So I pose the question again: Which kingdom are you part of? You see, we want it to be a easy clearcut “one is bad, one is good” decision. But even the southern kingdom had sins that kept entangling it. There were several kings that did good, except they didn’t tear down the high places of idol worship. We may be choosing to follow God, while working through some tough things in our life. We need to rely on God as a source of victory in these struggles, not guilt and shame. As Perry Noble says “Its OK to not be OK, Its not OK to stay that way. Let’s get up and serve in the correct Kingdom.