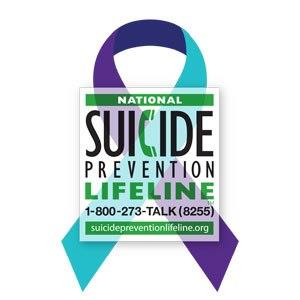 Saturday, December 1st, I was doing an IT Contract at a State University. I had the radio on sports while I was working. The station broke into college football to share the story about Jovan Belcher. My thoughts and prayers went immediately to the families involved. My next thought was wondering if the young man had any children. Later, it was mentioned that the couple had a 3 month old baby. There is no way to describe this situation except tragic. That child lost both parents at an age where she will have no memory of his parents.

When suicide occurs, often the impact on the family is not fully thought through, either by those who are committing the act or any media that may cover the event. The person committing the act of suicide has made the decision that whatever they perceive as future events is not worth the difficulty of living through it. They often don’t realize the family members that have to keep dealing with the residuals of the act for the rest of their lives.

March 2013 will mark ten years since my father committed suicide.

No one saw it coming. He was a respected church member that had helped churches start bus ministries, revive sunday school programs, and went and picked up unchurched children for church from very broken homes. He was a farmer and coal miner that worked hard to provide for his family. He had been married to my mother for 37 years. But, he had a secret one that he hid for 6 years.

About seven years before he died my father helped a friend of his from high school that had retired and moved back to the area. This friend was suffering from a debilitating that ultimately caused his death. I heard it described as the “human version of Mad Cow disease”. This friend has served for many years in the merchant marines and retired to the area where he grew up. When he moved home, he brought his wife and  young son, who are natives of the Philippines. My father would spend many hours at their house helping care for his friend, even helping arrange for estate planning for the family. In the time during and after his friend’s death, he became very close to the friend’s wife, too close. I was a teenager at the time, and sensed something wasn’t right, but I couldn’t quite put my finger on it. I was not “living right” at the time, but I still knew what was right, even if I didn’t follow it.

While in high school, my mother worked from afternoon until late evening at a nursing home. My dad was home by himself a lot in the evenings (I was a teenager with a drivers license, so I tended to be gone a lot). By the time I was 18, my fathers friend had passed, and he was spending time at the home of his friends widow in the evenings after my mom went to work, but always home before she got off work. I went to college during the day and worked evenings, so it tool a while for me to figure it out. I drove a different way home from work one night and discovered this fact. I was livid. I stopped, opened his unlocked door and left a note sharing that this was in no way a good thing. In the morning when I left for class, there was a note on my steering wheel that basically said “mind your own business”. Yes, My father left that note. A few days later, I told my mom, to her disbelief. She was not ready to accept that possibility. It took roughly five years for her to see that there was a problem. People that our family knew telling my mom of where they would see my dad and the “other woman” around town, at various locations, all while my mom was at work. At one point my mom asked my dad to go to marriage counseling, with less than encouraging results.

Several years later, after a week I was home with my newlywed wife for spring break, my mom asked my dad for a divorce. She stated all the ways that she tried to make it work, but she was done. I don’t even know what triggered it. All I know is that I got a call one evening from my sister-in-law that it had happened, and that my dad took the RV out to the woods to deal with it. A couple days later, I got a 2AM phone call from my sister-in-law that he had been found dead at one of the cemeteries where he worked with a gunshot wound (I later found out the deputy that found him was a close family friend). We packed up and drove the 5 hours home to help start the funeral arrangements.

As we unpacked the situation, The note, the funeral, the insurance and inheritance, it became very clear. He could not cope with what he saw to be the foreseeable future. It meant selling the farm that he had worked his whole life to build and splitting half with my mom. It meant a social stigma of his generation (that seems to be lacking in mine!) around infidelity and divorce. It meant finally having to tell everyone what they already knew and saw. There is nothing in me that will ever excuse his action, but understanding the fallen human condition that plagues every one of us is quite another story. There are not “grades of sin”. His are not worse than mine, and mine are not better than Adolph Hitler’s. It’s funny how we want to conveniently pigeon-hole degrees of sin. He made some stupid choices, and one of them ultimately cost his life.

Moving past the pain and loss

The end of the story is this. Our family has moved on. My mom remarried about a year later to a Christian man that spent his life serving our country in the US Army. His first wife died of cancer. He is great to her. They take care of each other. My mom will never be the same after what she has been through, but we accept that she is doing her best to move past what she has been through.

God will never waste a lesson. I get asked a lot by teenagers about suicide and whether it is an unforgivable sin. It is a sin, yes, but not the unforgivable one mentioned in the Bible. I show them the grace and unlimited mercy that God provides that is bigger than any sin we can commit. The only sin that is mentioned as unforgivable  in the Bible is living a life that completely and utterly rejects God and His forgiveness. I ask students which God sees –  the 55 years my father spent serving God, or the last 6, where he made some really bad choices? Some doors have been open in conversations with teenagers that would never have been available if I have never experienced this loss.

Lastly, if this is something you struggle with, get help. If you are one of the victims, talk with someone you trust. If you are the one considering this act of violence, call the National Suicide Prevention line at 1-800-273-TALK (8255). They can help. Don’t walk this road alone.