Last weekend, while we were out of town, my son saw another boy 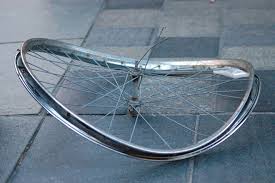 almost killed on a bicycle. There was nothing my son or the friend he was playing with could do to stop it. A car was driving what looked way too fast, the boy jetted across the street at the wrong time without looking and the boy collided with the car. He broke several bones, collapsed a lung, and last I heard from the people in that area was in critical condition. What they left me with was “if he makes it, he’ll be in the hospital for a while”…

My boy came into the house to get an adult, so we could make sure someone called 911. He did the right thing, but really felt like thats all he could do. It was all any of us could do.  We were just bystanders..

A couple days later, I saw a church that is in nearly the same condition. It is a church full of people “disenfranchised” from a church that “went young”.  So they went and started their own new/old church. They determined that the way to reach their growing college -town community was to have a set of old fashioned revival services (nothing wrong with revival, i just question putting it on the calendar sometimes..) with a grey-haired evangelist from the south. He had a “hellfire and brimstone-lite” message delivered the way I remember in the early 1980’s. The guest music leader (from another church in town) was reprimanded by the pastor for singing songs that were too new (it was stuff from the early/mid 1990’s). So the night I was there, we had hymns, and more hymns. I was one of about 5 people there under the age of 55 (Including a staff member in her 30’s, who was required to be there). This church started as a hurting church, and they are slowly dying out as the congregation does. There are no real plans in place to reach young families. They are just doing it they way they have always done it, and if someone wants to come join, so be it.

I left that service very sad for the church. But it’s tough to be a bystander sometimes.

Related articles across the web