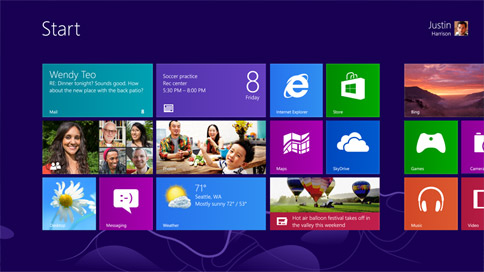 The last couple weeks I have been working on upgrading machines in our ministry to Windows 8 Professional.  Microsoft has been giving a great deal on licensing if you do it through their website. During January, you could upgrade for $40 per license, instead of the normal MSRP of $140. Now, as an upgrade at the higher price, I am not sure I would recommend it. At the lower price, it has proved to be a good buy. As supplies of Windows 7 machines sell out of supply warehouses, keep some of these thoughts in mind for new hardware purchases as well.

The reviews online have been mixed for Windows 8, so here are 5 observations I have for ministry use:

1) It shines on a touchscreen, but is very usable in “non-touch” machines as  In our ministry, we have both touch an non-touch systems. The Dell Latitude XT runs Windows 8 like a champ, with very few “driver hiccups” (more on that in a bit). The touchscreen really makes the new “Metro UI” run well. My office laptop, a Dell Latitude e6500, runs it just as well as it did on Win 7 Pro, making you not even miss the lack of touch. 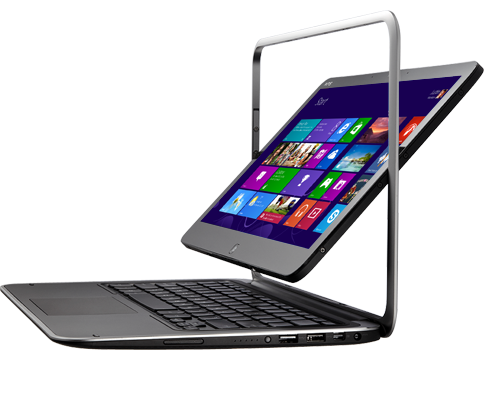 2) Learn a few shortcut keys, and life will be grand… Windows 8 builds on some of the Windows key + combos that exist in Windows Vista and 7. The biggest is Windows Key+X. When you are in the “standard desktop” (The one that looks like Win 7 without a start menu..) , there will be a menu pop up where the start menu used to live that gives you access to all kinds of neat places, including Control Panel, the “Run” dialog, and Task Manager, and more…

3) Driver recognition is decent… Windows driver recognition will never be what apple has in Mac OSX. There is just too much hardware from too many manufacturers to support. That is ok. From upgrading 3 Dells, 1 Asus Netbook, and 1 Gateway (Acer) All in One, my overall feeling is that the hardware detection was pretty decent. The biggest issues I have run across is where there are specific manufacturer-supplied programs to get a certain set of hotkeys or buttons working and the drivers are not updated at the Manufacturer level… However, I have a few drivers that I have had to install the Vista (!!!) version of the driver, and it is working great.

4)Printer Dectection… I have to give Windows 8 high marks in improving an already decent printing system from Win 7. Every machine but one went out and found printers on our network, installed all needed software and set up the default printer with minimal fuss. In fact, a couple machines found a printer that I did not even know was in the building (it was newly donated and set up)… The one potential downside I can foresee is in enterprise scenarios that have a lot of printers that do not need to be on every machine. Without a lot of investigation, I’m guessing there has to be a way to turn off this feature.

5)Apps and App Support… I have been very pleased overall with both the amount of “Metro Apps” already on the market and how Windows 7 and Vista apps behave in Windows 8 Pro. I love that you can use your Microsoft account to pull in apps you have already installed on other machines (just like Google Play and iTunes) In a future post, I will be outlining certain Windows 8 apps that I am using in youth ministry as we deploy and field test these apps. Until then Look into these two… ToDos, and SaveTheDate.

That’s all for now. Hope this helps as you evaluate, test and deploy Windows 8, now or in the future. Be sure and leave your feedback or questions in the comments below…