Last week, one of the top news stories was the fact that some dude in Australia got an 11-inch footlong 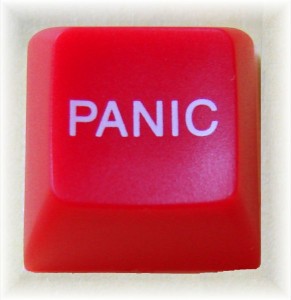 at the local Subway shop. Years ago, this wouldn’t be a big deal. He would tell a few friends, they might laugh at him for getting “ripped off”, and that would be the end of it.

However, this is not a few years ago, and this thing we call “social media” is so much bigger than we ever could have imagined. He posts pictures on Facebook, and it becomes a worldwide news story. Sometime during this fiasco, Subway has the choice to save face and make amends, offer an apology, or something. But they don’t. The lack of response now is the story. Bad to worse.

Now. Let’s overlay the situation to your ministry or church. Someone has a bad experience. Several years ago, they would tell a few friends. Now, the options are limitless. They can post about it on Facebook or Twitter, but there are also options like writing a public review that shows up with your Google search results (which is surpassing people finding my church in the phonebook, according to feedback from recent vistors).

Now, what is your ministry’s plan to deal with a situation like this? Ignore it? Deal with it through apologies or other needed reparative actions? When something like this is going on is the worst time to make a policy, so please make a plan before it is needed.