The church is d 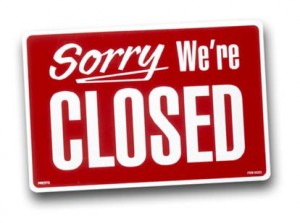 I don’t have a plethora of stats to back this up, at least not on the rural level.  I just use my own two eyes.  It doesn’t take a rocket scientist (or a statistician) to see that rural churches are aging and younger people just aren’t stepping up to lead.

As I look around at small rural churches, I see a lot of older leaders.  Men and women who have been serving for years who are still serving in those positions.  Where are the young leaders?  Sitting in the pews, if they’re coming at all.

Now, before this becomes a bashing session on older members, I don’t think they are completely the problem.  Yes, in some churches, we have older leaders who just don’t want to relinquish power.  I saw, first hand, what can happen when older power brokers refuse to give up power.  It can be ugly, stifling and limit leadership growth in the church.

Yet, I’m now seeing a new trend that bothers me just as much—a reluctance by young people to take leadership positions.  I recently read an article that suggests millennials would rather plant a new church than to fix the current one.  As the article states, “They would rather have babies than raise the dead.”

And so, the church is dying.  I’m not being completely figurative.  I’m being literal.

You see, here are the hard facts.  The baby boomers, those folks who have led the church for years and who are likely in leadership positions now, are dying.  As they begin to retire and face the golden years, churches are going to feel the pain.  In the next 20-30 years, many of them will be passing away.  If you look around and see 2/3 to ¾ of your leadership as 60 or older, then realize that 2/3 to ¾ of your leadership won’t exist in the next 20 years.

That’s scary, and here’s why.

They’re still leading because younger folks, the busters and the millennials, don’t want to lead.

I don’t know if this comes from the “serve me” mentality or the “let the pastor do it” idea, but they have no desire to lead.  But make no mistake, if they don’t lead, the local church will die.

Something must be done.  What?  I don’t know.

I’m burdened with this problem.  How do you get young people engaged in serving the church?  This transcends youth ministry.  It transcends the pastorate.  It’s a growing problem and one, that if not corrected, will see churches, many of them rural churches, closing their doors.  Not for failure to bring people in, but for failure to find people to lead.